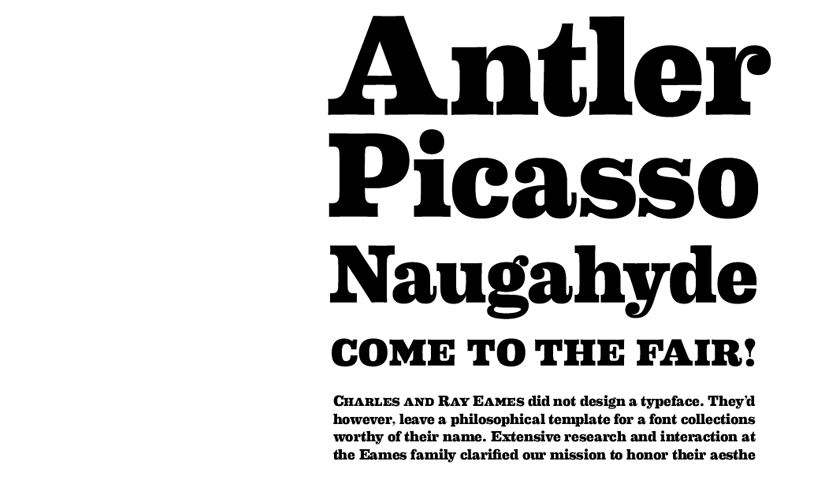 Erik Van Blokland, creator of the infamous Beowolf font and House Industries teamed up to create Eames Century Modern, a stunning typeface that pays homage to Charles and Ray Eames.

Charles and Ray Eames are by far the most well known designers of modern architecture and furniture of the 20th century. Eames Century Modern pays close attention to the aesthetic values they were renowned for working towards.